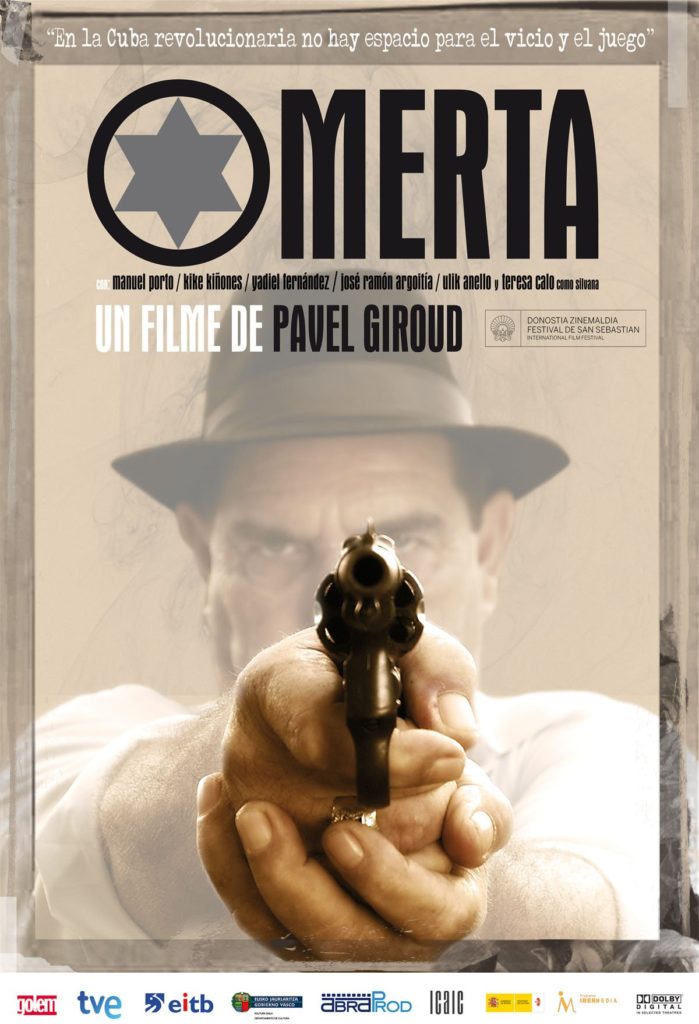 He was the bodyguard of the most-feared Gangster in Cuba in the first half of the 20th century. Now he is an elderly man who looks on passively at the triumph of the Cuban Revolution. His old boss, who was forced to flee, calls on him to undertake another mission: safeguard the gold hidden in his mansion while he is away. He and two other men, who are there to assist him, develop a plan to take possession of the gold. For the plan to work out all they have to do is enter the mansion, neutralize the house servant and take the gold to a more secure place.

Festivals
INTERNATIONAL
10th Habana Film Festival New York (USA)
Latin American Film Festival, Utrecht (Nederland)
La Habana International Film Festival (Cuba)
NATIONAL
56th Edition of the San Sebastian International Film Festival (Spain)
Reviews
Marçia Epelde ­ Círculo D.M. […] In so many ways this is such a wonderful film. It’s the Cuban director Pavel Giroud’s second work and it really sets itself apart from other films with its mix of genres. It brings back the film noir genre with a touch of comedy and surrealism, not to mention the attention to detail given to atmosphere, rhythm and music. And, above all, it has a cast that offers such a careful personification of the characters. Don’t miss the silent and mysterious mansion house servant, who is so fantastic in a quiet role that is full of nuances. It’s a film to just sit back and enjoy, one that offers an infinite number of code words and conspiratorial winks for the quick-witted spectators trying to figure it all out […]